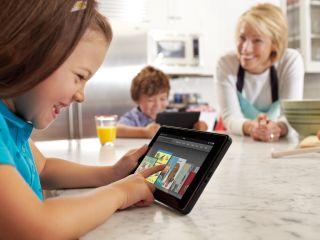 An Amazon executive has given a rather rare insight into just how many Kindle devices are being sold by the online retailer.

In a statement the company revealed that more than one million Kindle devices a week have been bought by consumers and that despite some lukewarm reviews, the Kindle Fire is the most popular thing ever to be sold on Amazon.

"Kindle Fire is the most successful product we've ever launched - it's the bestselling product across all of Amazon for 11 straight weeks, we've already sold millions of units, and we're building millions more to meet the high demand," explained Dave Limp, vice president of Amazon Kindle.

"In fact, demand is accelerating - Kindle Fire sales increased week over week for each of the past three weeks. People are buying Kindle Fire because it's a simple, fully-integrated service that makes it easy to do the things they love - watch movies, read books and magazines, listen to music, download apps, play games, and surf the web."

Before this admission, Amazon had been tight-lipped about sales figures. We're not quite sure for what reason, considering its products are proving to be immensely popular.

The Kindle Fire has yet to land in the UK, but it is hoped it will come some time in early 2012. When it does arrive, it may well have some competition in the guise of an iPad mini.