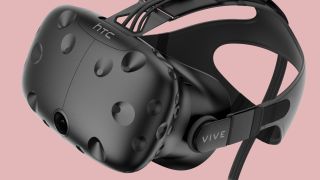 The HTC Vive is, to this day, the best way to experience virtual reality. One of its few downsides is that you’re required to pair it with a fairly powerful PC.

But as HTC wants to push its master stroke VR chops into its mobile business, you can bet that we’ll see new Vive hardware in the future that relies on smartphone hardware to power the experience.

What will it be called? What will it look like? How much will it cost? Let’s dive right in.

What is it? A mobile-friendly take on the HTC Vive
When is it out? Possibly within the next few months
How much will it cost? Likely a fraction of the PC-tethered Vive

The idea of an HTC Vive headset that’s tuned for use with a smartphone has been on a slow, but steady boil since MWC 2016 when HTC stated that “it would make sense” for it to investigate such a thing.

While Samsung has sailed into its second generation, but still largely unchanged Samsung Gear VR, and Google has introduced its Google Daydream platform, it is a bit odd that HTC has abstained from the fray.

But HTC’s Chia-Lin Chang, the president of its smartphones and connected devices business, said that the company is close to releasing something that will feed from the power of the HTC U Ultra, according to a recent interview. However, unlike the competition, the company will be taking a different approach instead of the common “phone slapped into a headset” as he put it rather frankly.

While that tease trims away some of the possibilities as to how this HTC Vive made for mobile will receive its power, it leaves more than enough blanks for us to fill. Here’s what we want to see in HTC’s first mobile VR headset.

Today’s mobile-driven VR headsets don’t offer much in the way of tracking anything other than your current X and Y axis thanks to the gyroscope and accelerometer inside of your phone.

Tethered headsets, like the HTC Vive, Oculus Rift and PSVR benefit from some added external hardware that allows what’s called outside-in tracking. Whether it be a camera or a set of lighthouses, the extra hardware allows spatial information to be collected, allowing it to track your head and controller movement in three dimensions. Basically, it helps to add immersion.

The inverse of this is inside-out tracking, which puts that head-tracking tech inside of the headset. The Microsoft HoloLens is a good example of this in action, but we’d love to see the HTC Vive mobile headset come packing a similar setup of internal sensors.

As much as we want to see HTC forge its own path in the mobile VR world, we also would like Google Daydream support for the headset.

Given that this headset will connect to the HTC U Ultra in some fashion, the phone runs on Android Nougat out of the box, which means that it will be primed from the start to support Google’s high-quality VR platform.

Taken a step further, it’s entirely plausible that the phone could work in a similar manner to the HTC Vive’s controllers, albeit without buttons. To remedy this, HTC could launch a face plate for the phone that applies capacitive buttons, making it compatible with any experiences already available through the Google Play Store.

Two hours of use

As novel and convenient as mobile VR may be, one of its inherent flaws is that it’s running entirely off a battery. And given that VR is such an intensive task, it puts an especially quick drain on most smartphone batteries, even if they are quite large.

The HTC U Ultra stocks a respectable, but not-all-that-impressive 3,000mAh internal battery. While this is certainly enough to keep things running for at the very least an hour, it’s hard to tell how much longer it could feasibly last.

Considering that VR backpacks, like the Zotac VR Go can run for about two hours, we hope that HTC has something up its sleeves that can squeeze out at least that much performance. Maybe we’ll see a little battery juice built inside of the headset to let the good times roll a little bit longer.

HTC’s upcoming efforts could fall somewhere in the $199-299 price region, which already seems high considering that you apparently need to own the HTC Ultra U to operate it at all.

It’s difficult to pin down what price will be acceptable for what HTC is creating since so little is known about it. However, if it arrives as the first of its kind: a highly capable mobile VR headset that’s stocked with inside-out tracking potential and unique software experiences, a higher price would be expected to follow.

The reason that the HTC Vive and Oculus Rift are the preferred avenues with which to experience VR is all thanks to the loads of power coming through from a PC.

But considering the fast evolution of smartphone chipsets, it’s certainly amazing what they can do today, though they don’t hold a candle by comparison.

The throughput potential of the HTC Ultra U is likely to be at least as good as the Google Pixel since it features 4GB of RAM and the Snapdragon 821. However, these specs are a bit worrying for the headset as it will likely be outmatched by the Snapdragon 835, the chipset strongly rumored to be featured first in the Samsung Galaxy S8.

To really impress with its mobile Vive, HTC would ideally install a processing unit of sorts into the headset, much like how the PSVR works with the PS4. Working in tandem with the phone, it’s easy to imagine that HTC’s headset would handily outperform what we’ve seen in the mobile VR space thus far.

Anyone who has tried the HTC Vive can probably agree that it’s among the most comfortable headsets out there. What’s better than its comfort is that it lets very little light inside, which is a common problem encountered with the Google Daydream View.

Form and function is an even more delicate balance to strike when it comes to VR headsets and thankfully, HTC knows a thing or two about it already. Hopefully, the company applies its learnings to the mobile VR space as well.

Augmented reality is potentially on the brink of a major breakthrough. And thanks to Google’s own Tango software, the mixed reality technology is easier to access and develop for than ever.

We have our doubts that the HTC Ultra U alone could provide a super-smooth AR experience, but if this headset had a little processing power of its own, this idea becomes way more feasible.

It’s worth noting that including such a feature would also rely on HTC keeping the cameras that are on the Vive and tuning them to support spatial detection.

This wish seems like the least likely to happen on our list, but fingers are still crossed as it would put this headset way ahead of the rest.

HTC’s Vive and Steam are practically synonymous thanks to their partnership to get Steam VR off the ground.

As Valve’s first partner for the platform, it’s entirely possible that we’ll see another company taking on the next headset. But until that happens, it’d break new ground for Valve to introduce some sort of cross-platform functionality for Vive compatible apps and games on Steam to also work on this mobile VR headset.

Again, the likelihood here is slim given how large of a leap it would be for Valve. But a move like this would massively benefit both HTC and Valve.

It’s possible that HTC could have something to introduce as early as MWC 2017. In that case, we’ll be sure to be among the first to try it out and report back.

What do you think HTC’s mobile VR headset will be like? Have we missed anything? Let us know in the comments.