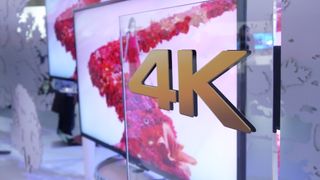 And so it begins.

Being a movie collector should never be a chore but when new formats are released, it sometimes feels like it.

From VHS to Blu-ray with LaserDisc and DVD in between, in a relatively short space of time a true movie fan will have bought their favourite films in a number of guises.

And it's about to start all over again with the first hints that a 4K Blu-ray format is coming soon.

There are two distinct reasons why someone upgrades their collection: quality and features.

Having worked on DVD Review magazine in the past, I know all too well that this is the case for many.

Some people just want to know if a movie had a decent remaster and a DTS soundtrack, while others are all about the amount of documentaries there were to watch and disappointed if there were not myriad commentary tracks.

Extra content does usually mean that someone cares about the product that has been released, but a true remaster should always be what you look for.

Caught by the fuzz

The nostalgia for VHS is very different to the nostalgia for, say, vinyl. While every crack and pop adds warmth to a vinyl recording, the grain of a VHS tape does nothing for a film – it was always an inferior way to bring movies to the home.

VHS grain wasn't like the grain you would see on a cinema screen. Grain on the big screen could give a lot away about a movie. Grindhouse films were filled with cigarette burns and missing frames because the movies were rare – only a few reels were made of these films, all were passed from cinema to cinema.

4K is not like 3D. It is all about enhancing the movie experience in the home, not hampering it with gimmicks.

The quality of the movie varied from how far from the source you watched the film too - you would see a very different picture if you were in the last cinema to get the reels than if you'd been there for their first projections.

This degradation simply doesn't happen anymore. The advent of digital and 4K masters means that there is a clarity of picture that directors can finally be proud of. For many directors, seeing their content on VHS for the first time would have been a painful experience - seeing their vision marred by the recording method must have been heart-breaking.

This is why we should embrace 4K on Blu-ray. It shows the film usually as the director intended and, unlike streaming, it is one for the collectors. Even 4K releases of older films should look just the way the director meant them to.

A decent remaster doesn't take away the grain: it accentuates it, offers up character without faking the fact that the movie is getting on a bit.

4K is not like 3D. It is all about enhancing the movie experience in the home, not hampering it with gimmicks.

This is why movie collectors should give 4K Blu-rays a chance. Yes, as my esteemed colleague comments, you will need a bigger TV to see the difference but 4K will be for the long haul and discs are far from dead yet.

CDs are disappearing because they have never quite offered something extra as Blu-rays have - this has pushed people to downloads and streaming. Movie streaming is currently cheap and convenient but doesn't offer the whole 'extras and all' package that Blu-ray does.

When 4KBDs are eventually released, they should be front and centre of a collection and not seen as another scheme from studios to get our money. 4K quality shouldn't be hidden away within the adaptive bitrate of Netflix - it should be shouted about and take pride of place in your movie library.

4K is as good as what is seen on the cinema screen and this has directors jumping for joy: you should be doing the same. Preferably with a Blu-ray box in your hand.

Need a refresher course in 4K? We've got just the ticket: