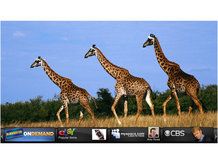 Blu-ray can coexist with video downloads and the company will most likely provide storage in Blu-ray players. That's according to Kyung-shik Lee, head of Samsung's visual display division at a CES roundtable event attended by TechRadar today.

"We have 1GB of local storage [on our new Blu-ray player]. If downloading is the future, we will have more flash memory or a hard disk in the future. Will they coexist? We think so."

The company also sees a big future for additional content, whether via Blu-ray Profile 2.0 or on its TVs. "Our idea is to get content to customer [and that includes] any digital device; mobile phones, personal computers. From last year we started to implement DLNA [networking] technology [in our TVs], and last year we were wired. From this year we are supporting wireless DLNA technology for the TV and Blu-ray player, [so it's possible to] transfer content wirelessly very easily."

"Our strategy is an open platform. We welcome anyone who wants to put content. Yahoo has a very good solution with the Yahoo Widget Engine."

Samsung will also introduce combo Blu-ray products, possibly like the Aquos BD TV launched by Sharp yesterday. "We already incorporate Blu-ray in home theatre. Internally we are preparing some combination products. [It depends on] whether we can get reasonable [value] in the price."

Kyung-shik Lee also said there should be a standard for 3D content which needs to be established by the Blu-ray Disc Association. "Panasonic propose their idea, we have ours. We will discuss which is best."

Several manufacturers have launched 240Hz sets at this CES. Asked whether it there was any point in 480, Kyung-shik Lee was quick to talk about the consumer. "When we launched 240 I was still concerned about what's the value [was] for the customer. It's not easy to see the difference. But 480? After we find the value for the customer with 240 then we'll talk about 480."