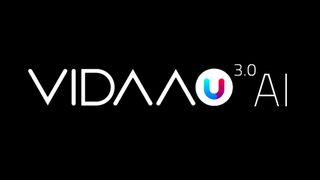 Hisense has announced that it will unveil the next evolution of its VIDAA smart TV platform at CES 2019 next month, promising to take full advantage of artificial intelligence with version 3.0.

Each television in Hisense's 2019 ULED TV lineup will boast the updated VIDAA 3.0 AI platform, with Amazon Alexa functionality fully integrated into the devices, meaning you won't need an Echo device to use Alexa voice control features.

While Google Assistant functionality will also be offered by VIDAA 3.0 AI, you will need a standalone Google Home device to take advantage of it.

As part of its new and improved user experience, VIDAA 3.0 AI will deliver Netflix content recommendations right to the TV's home screen, along with real-time weather updates, notifications and a new 'Discover' feature that will recommend popular apps to the user.

Smarter in every way

According to Hisense, TVs in the new VIDAA 3.0 AI range will feature next generation chipsets capable of "superior performance, delivering a boot time nearly two times faster than Hisense 2018 models."

VIDAA 3.0 AI will also see the introduction of device detection to Hisense TVs, meaning televisions in the 2019 ULED range will be able to automatically recognise most devices, like gaming consoles and Blu-ray players, when they're connected via HDMI.

Along with the VIDAA news, Hisense has also announced that it will be launching a new television range in 2019 powered by Google's Android TV platform, allowing users to download apps to their set via the Google Play store.

As for whether Hisense will bring its updated platform to its OLED TVs, we'll just have to wait and see what else Hisense has in store for this year's CES show.