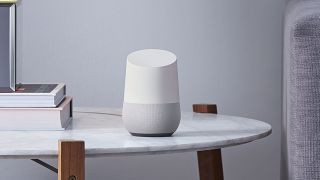 Back at it’s annual I/O developer conference in May, Google let slip that its Google Home smart speaker would finally be making its way Down Under, with the search giant announcing that Australians would be able to lay their hands on one by the middle of the year.

Well, mid-year has well and truly arrived and so has Google Home, with the AI assistant reaching Australia just nine months after it was launched in the US.

Home works much like Amazon’s Alexa (which is yet to be launched in Australia), Apple’s Siri on iOS or indeed Google’s own Assistant on Android devices. Owners can speak the “OK, Google” activation phrase and request to have music play around the house, to be read the latest news updates – both local and international – to get live traffic updates for their daily commute, and truly lazy/smooth Home-owners can even have it dim their lights for them.

“OK, Google, where can I find some Fosters on tap?”

The Aussie version of Google Home comes with a Google Assistant that speaks with an Australian accent and is capable of understanding proper ‘Strayan speech when spoken to.

Google has even added some quintessentially Aussie tricks to the smart speaker’s repertoire that are just waiting to be discovered.

If you’ve got a large family, up to six people with a Google account can connect to a single device and it should be able to tell each user’s different voice. So if mum asks, “OK, Google, how do you make avocado toast,” followed by nana saying, “OK, Google, play Will I Am’s latest song,” Google Assistant will be able to tell who’s who.

If you’re using a Chromecast, Google Home will also be able to turn on your TV and start streaming Netflix or Stan, on request.

And Google Home should be able to fit in with any home’s decor, with a customisable base.

Google Home will be available online directly from the Google Store, as well as from JB Hi-Fi, Harvey Norman, OfficeWorks, The Good Guys, Telstra, Optus and the Qantas Store for $199 starting July 20.