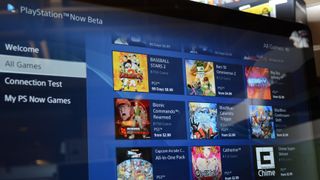 Sony has confirmed the PlayStation TV mini console will arrive Down Under in November this year, precisely a month after it goes on sale in North America on October 14.

At its Gamescom media event Sony, announced the box will hit Aussie shores on November 14, priced at $149.95, which includes three game downloads.

Sony also confirmed that the PlayStation Now cloud gaming service, currently offering over 1,000 archive titles to gamers in the United States, will hit Europe in 2015, but there was no mention of Australua, unfortunately.

The Japanese company did say, however, that the PlayStation Now beta will launch in the UK before hitting other countries in the PAL territory.

Until the launch of PlayStation Now, the key PlayStation TV functionality may be the ability for gamers to play Sony PS4 games on another TV in the house.

However, the device will also provide access to Sony's entertainment portals, allowing users to listen to music and view movies and TV shows. Like other streaming boxes, it'll also include access to third party apps.

The mini console boasts a Remote Play feature not too dissimilar to the one within the PS Vita handheld console.