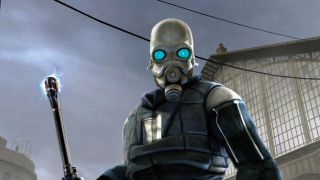 The baton has been passed. Well, dropped and picked up.

Former Valve icon Jason Holtman has made a move over to Microsoft, where he'll be giving Windows a big boost in the gaming space.

Holtman will focus on making Windows "a great platform for gaming and interactive entertainment" as Redmond aims to give its own gaming efforts a shot in the arm.

At Valve, Holtman was a main contact for developers and helped the company push its Steam distribution platform.

There has been no mention of Holtman's reasons for leaving Valve back in February, however, after working at the company for eight years.

Microsoft has obviously been putting its focus on the Xbox One over the past few months, but getting Holtman on board shows that it's got big ambitions for Windows 8 in the gaming space.

While it's all speculation right now, it would be nice to see Holtman help unify the Games for Windows and the Windows 8 Store, which currently stand separately.

Microsoft confirmed this week that the Xbox One controller will be compatible with the PC in 2014; the delay is due to the vastly different architecture to the Xbox 360 controller.