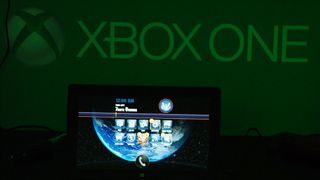 The Xbox One will get an upgraded edition of Microsoft's SmartGlass app in time for Christmas.

The updated "second screen" experience will bring the speed and power of the Xbox One to your phones, tablets and laptops so you can use your devices as controllers, TV remotes and to browse the Xbox games store, among other things.

SmartGlass for Xbox One will see you pairing your devices almost instantly - Microsoft reckons it's about 3.5 times faster than the Xbox 360 app thanks to the fact that SmartGlass now commmunicates with the console over your own Wi-Fi/LAN network rather than via an external datacentre.

The company has also increased the number of devices you can connect to the console from four to 16, and will allow you to search the Xbox Games Store and check out achievements, activity and so on when you're out and about, as well as offering some basic TV controls.

Make me a match

One updated feature is matchmaking, which Microsoft's Ron Pessner calls "super important": it now lets you search for a similarly skilled player for a multiplay session without interrupting what's going on on the TV.

The Xbox One games that will have SmartGlass integration at launch include Dead Rising 3 and Project Spark, as well as other yet-to-be-announced titles.

You'll also be able to control some games using your tablet or smartphone because the connection between the two is so much more robust than its predecessors'. However, this will only be available on certain titles.