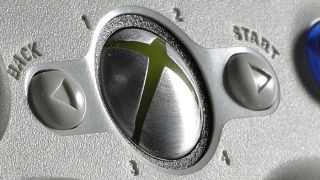 How far off Is the new Xbox?

This week, the Daily Mail successfully trolled the entire internet with Samantha Brick's tales of being really, really good-looking, but we had our minds on more important things: the future!

Lots of things we love are coming to the end of their product lifespans. The Xbox is getting on a bit, as is the PlayStation, so it's not a huge surprise to discover that new versions are just around the corner.

In the case of the Xbox that means the Xbox 720, due in 2013 or early 2014, with reports of an AMD graphics system that works "like two PCs taped together". The console, codenamed Durango, is expected to have a Blu-Ray drive and may require a permanent internet connection to do anything whatsoever.

As you'd expect, there's a new PlayStation 4 in development too, and it may beat the Xbox 720 to market. A source we've named "slightly shallow throat" says that Sony's "completely in the belief that they have the jump on Microsoft this time" and suggests that Sony too has gone for AMD technology.

Did someone say smartphones? Yes, us, just there - and we've seen the future of those too. The HTC One X is the first quad-core smartphone to undergo our gruelling lab tests, and it's perilously close to being perfect.

Chief phone torturer Gareth Beavis loved the "great screen", "stunning design" and "powerful processor", but docked half a star for what appears to be "awful battery life". If you don't mind sticking close to chargers, however, "the HTC One X is a beautiful piece of kit. It's stylishly designed, light, has a cracking screen and comes with enough future-proofing to make us believe our grandchildren may still have one."

Then again, our grandchildren might have Samsung smartphones instead. The Samsung Galaxy S3 is imminent, and as the successor to the 5 out of 5 Galaxy S2 it could well be the most interesting phone of the year with a dual- or quad-core processor and an absolutely stunning screen.

Current smartphone displays are pretty good, but could the phones of the future plug directly into your brain? Probably not, but Google reckons they might be stuck on to the corner of your specs - and in a great bit of nerd revenge, if it's right then even people who don't need to wear specs will have to wear specs. Why? Google Glass, which Nic Vargus perfectly describes as looking "50% like the future, and 50% like an alloy unibrow".

Google Glass is a near-future prototype, we're told, and it brings augmented reality to your face instead of to your phone. Have you seen the head-up displays in high-end German cars?

It's like that, but for everyday stuff: telling you where the cash machine is, warning you that the tube's shut, reminding you who the hell that guy is and why you need to be nice to him, and uploading everything you see to secret government servers that track every single thing you see, do or think.

Who holds the power?

That last bit isn't in the Google Glass mission statement just yet, but by 2020 we're sure it will be - because once again, the politicians in power want to have a good look at our online communications.

As Gary Marshall puts it: "What's happening here is a classic bit of political manoeuvring. What's supposed to happen is this: the security services ask for the power to do anything they like, plus some satellites with giant lasers and hats that can be used as guns, because that's what the security services are supposed to do... [but] the Tories have forgotten to do their bit. Instead of saying 'get stuffed, you power-crazed doom-mongers!' they've said 'Gun hats? What a brilliant idea!'"

It's not just spies we need to worry about, apparently: it's the legal system too. Should people be banged up for saying appalling things online? Marshall says it's already happening to people such as Liam Stacy, who posted vile racist nonsense on Twitter. "I'm not suggesting for one moment that what he did was acceptable," Marshall says, "but two months in prison? For tweeting?"