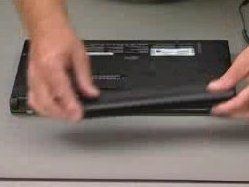 Taiwan's Industrial Technology Research Institute has claimed to have come up with a way to solve the problem of Lithium-ion batteries exploding in laptops and mobile phones – and is suggesting that the technology will be available early next year.

The invention – called Stoba – is placed between the positive and negative side of the battery and, when the battery reaches 500 degrees centigrade (266 farenheit) it shuts the battery down.

It does this, rather niftily, but reacting to the temperature by going from a porous material to a film which prevents the reaction in the battery.

"We have introduced a totally new material to the battery," Senior Researcher and Team Leader Alex Pang, told Reuters.

Pang stated that the material was already being tested by battery makers and that the product would ship in the first quarter of 2010 and that it adds just three per cent to he cost of production.

Which hopefully means we soon won't have to write another 'exploding laptop/phone' story ever again.