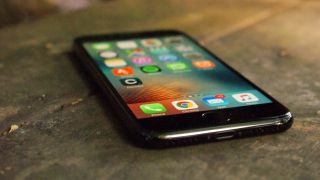 It’s widely rumored that the iPhone 8 will be the first Apple handset to have an OLED screen, but the iPhone 7S and iPhone 7S Plus, which might launch alongside it, are expected to stick with LCD. However, Apple might be ditching LCD altogether in 2018, according to two sources.

Speaking to Nikkei, the two industry sources both said that all iPhones launched from the second half of 2018 would have OLED displays – and since Apple's main phones always launch in the second half of the year that means the iPhone 9 will, though they note that Apple's plans are subject to change.

One of the two sources adds that Apple is tentatively looking to launch three new iPhone models next year, which wouldn’t be such a surprise, given that we might see three models this year too.

Don't get your hopes up

A move to OLED on all three of them though is questionable, since suppliers might struggle to scale up production in time. Indeed, supply constraints are one of the likely reasons that probably only one iPhone will have an OLED screen this year.

Add to that the fact that a separate source has told Nikkei that a complete switch to OLED in 2018 is unlikely, and that Nikkei itself is a bit hit and miss with information, leaves us thinking that this might not be true.

But assuming the iPhone 8 has an OLED screen it’s likely that Apple will look to completely switching to OLED as soon as it’s able, so if not next year then maybe a year or two after that.

And with good reason. OLED screens have blacker blacks and are often more vibrant than LCD, as you’ll know if you’ve ever used a Samsung flagship like the Samsung Galaxy S8, so the change could make Apple’s great screens even better.