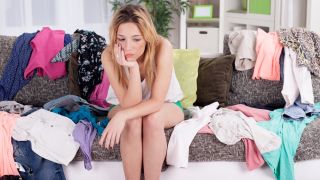 Personal Shopper by Prime Wardrobe is a new Amazon subscription service that will deliver you a package of curated clothing and accessories every month for $4.99. With up to eight new garments arriving at your door each month, that's 96 new items of clothing every year. This isn't just fast fashion – it's supersonic.

It's easy to see why Amazon has done it, though. Market research company Mintel has found that 39% of people in the UK use Amazon Prime (26% have their own subscription, and the remainder share someone else's). That's a colossal audience who could be persuaded to sign up for Personal Shopper with just a few clicks.

The release date is no accident either. It's now a few weeks after the giddiness of Amazon Prime Day, when thousands of people signed up for Prime (or at least a free trial) to make the most of 48 hours of special offers. Those trial periods are almost up, Amazon has created a tempting new feature to keep subscribers from hitting the 'Unsubscribe' button.

The price of style

Prime Wardrobe subscribers in the US will pay $4.99 (about £4, AU$7) a month to have their boxes of goodies curated, but what about the environmental cost?

Fast fashion (and eight items a month is pretty speedy) is a major source of pollution. Textile dying pollutes waterways with a cocktail of chorinated solvents and toxic colorants, and uses a colossal amount of water. Cotton-growing is also a water-hungry process that often involves pesticides. It damages marine ecosystems and depletes soil.

Synthetic materials aren't great either; they break down a little with each wash, releasing microplastics that pass through water treatment plants and make their way into soil, oceans, fish, animals, and even us.

When clothing is no longer wanted, most of it ends up in landfill, where even natural fibers won't decompose easily due to the anaerobic conditions. A BBC documentary from last year, The Secret Life of Landfills, discovered cotton clothing from the 1980s, still fully intact. Man-made materials will take even longer – years, if not decades.

A service that positions fashion as consumable and disposable makes fantastic business sense, but for the environment, the cost is just too high.