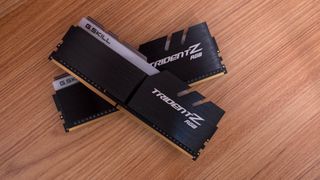 If you’ve been mulling over upgrading the system memory on your PC, then you might want to wait a bit longer, as a new report suggests that the price of RAM could soon drop by as much as 20%.

This is according to DRAMeXchange, the memory-watching division of analyst firm TrendForce, which has forecast a drop in DRAM prices of almost 20% in the first quarter of this year.

The reason? It’s the usual story of plentiful supply and weak demand bringing price pressures to bear on the hardware. Quite simply, there’s a lot of system RAM kicking about, partly because the ‘traditional’ slow season kicked off earlier in the final quarter of 2018, meaning surplus stock built up to a greater extent at the tail end of last year.

And that’s combined with a pessimistic economic outlook in the medium and longer-term, which doesn’t help.

Prices for 4GB and 8GB RAM sticks have already begun to drop this year, and price tags are expected to fall by at least 10% in January, and perhaps more in the following two months. The most notable decline will happen in the world of server DRAM.

As mentioned, the overall prediction is a drop of nearly 20%, which is a gloomier outlook than the previous speculation that pointed to a 15% decrease.

The outlook for the rest of this year isn’t exactly peachy, either, with price declines quite possibly continuing past Q1. The report notes: “Going forward, 2019 will be even more challenging for module makers and the rest of the supply chain.”

That means a sit and wait policy when it comes to buying system RAM may pay further dividends for those who are prepared to be even more patient before pulling the trigger.