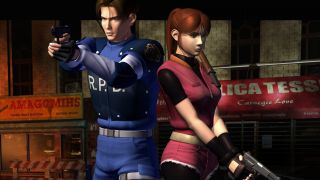 After years of ports, speculation, and ambitious fan projects that got unceremoniously shut down, Resident Evil 2 Remake is finally here. That sound of crashing glass you hear in the back of the house? That’s the game shambling through your window as we speak, leaving a trail of black coagulated blood in its wake.

One of the best things about the remake is that it’s given us a good excuse to revisit the original Resident Evil 2, in all its pre-rendered, tank-controlled glory.

Sure, the 21-year-old classic doesn’t hold up on every level – you’ll probably snicker at some of the voice-acting – but it still remains an absorbing experience.

The imposing atmosphere and music when you enter the police station lobby for the first time, the ingenious shocks that messed with your understanding of the game space (remember the zombies that appeared during one of the door-opening loading screens?), the limited resources and obscure puzzles; it all reminds us why we were clamouring for a remake in the first place.

Seminal game that it was, Resident Evil 2 straddled the console generations, coming out on the PlayStation 1 in 1998, followed by the PC, N64, Dreamcast and GameCube (honourable nod to this endearingly hopeless iteration for the forgotten Game.com).

At this point, the purists would’ve argued that the best version of Resident Evil 2 was the PS1 original, although the 2003 GameCube version, with its higher-resolution models and skippable cutscenes, was unquestionably the smoothest Resident Evil 2 experience around.

After the GameCube version, it looked like Resident Evil 2’s porting days were over, until in 2006 a second PC port of the game appeared.

Developed by Sourcenext, this version of the game only came out in Japan, and most notably included higher-quality FMV sequences than any previous version, running at a mind-blowing 640x480 resolution at 30fps. Whew!

The Sourcenext port was designed to work on modern Windows machines (well, Windows XP), but in reality it was a bit limited, lacking the higher resolutions, texture filtering and other settings you’d expect from a PC game.

It worked poorly on Windows 7 upwards too. But hey, at least it let you skip those protracted door-opening loading screens.

Aside from the occasional fan translation and exotic curiosity value for collectors and YouTubers, this PC port loitered in obscurity for a number of years.

In 2018 however, it was brought back from the dead courtesy of an impressive patch called Resident Evil 2 Classic REbirth, by modder Gemini which. Among other things, this patch added the following:

Beyond that, the patch makes various minor tweaks that add up to make this the best way to play the original Resident Evil 2 today.

You’ll need the Sourcenext version of Resident Evil 2 (or ‘Biohazard 2’, as it’s known in Japan) for this to work. The game seems to be long since out of print, though it’s still listed on the Sourcenext website and Play-Asia.

Because of its obscurity today, it can be hard to find, so we recommend keeping an eye on the linked sites and eBay for actual copies.

So assuming you have the Sourcenext version of Biohazard 2 and have managed to get through its garbled installation menu to install it, what next?

First, head over to The Apple of Eden website to get the patch files you need. While you’re on the site, you should check out some other work done by the collective of developers.

They’ve also given the REbirth treatment to Resident Evil 1, and are working on three all-new Resident Evil fan projects using the original game engine (one of these is based on the extensive Resident Evil 2 ‘1.5’ prototype version that was leaked a few years ago).

On the site, download the Resident Evil 2 Classic REbirth DLL and the official Sourcenext 1.1.0 patch for Biohazard 2.

Once you’ve done that, extract the 1.1.0 patch into your main Biohazard 2/Resident Evil 2 install directory. The patch is simply an alternative executable for the game - bio2 1.10 - which you should use instead of the original ‘bio2’ to open the game from now on.

With the game patched, extract the Classic REbirth zip file into the main game directory. Again, there’s just one file here - ddraw.dll – which ensures that the game runs smoothly on Windows 10, and unlocks the config file for the game.

Next, run Resident Evil 2 (via ‘bio2 1.10.exe’). You should see that the game now runs in English. The game will be windowed by default, so press F8 until it hits fullscreen resolution. You can then close the game and it will remember the resolution you set.

After you close the game, a file called ‘config’ will appear in the main game directory. Open this file using Notepad (or Notepad++ for extra convenience), and inside you’ll be able to tweak all the below-the-hood changes made by the patch.

We recommend keeping most of these settings as they are, because the developer already set them all to give you the best RE2 experience possible.

Some notable things that you could consider tweaking are:

And you’re set! What was once a forgotten PC port is now arguably the best way to play Resident Evil 2. It’s relatively easy to get various mods working with this version as well, so head over to moddb and see what’s out there.

At a time when everyone’s itching to get their hands on Resident Evil 2 Remake, it’s good to know that – with a little work – the original remains alive and well here on PC.