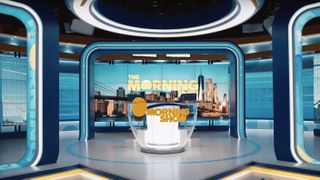 At the iPhone 11 launch on September 10, Apple announced that its flagship streaming service Apple TV Plus will be hitting our screens in November – and now we know its exclusive shows will be coming in cinephile-worthy formats.

As spotted by 9to5Mac, Apple has listed the streaming service's specs on its the Apple TV Plus support page, saying that "you can watch Apple originals in 4K HDR / Dolby Vision and most titles also offer Dolby Atmos sound".

This is good news for cinephiles who are thinking of subscribing to Apple TV Plus when it launches on November 1; the combination of 4K, Dolby Vision, and Dolby Atmos will bring a touch of cinematic audio and visuals to the comfort of your home.

A new rival for Netflix

After Apple TV Plus was initially announced at Apple's WWDC event in March, we had to wait a while to find out the release date and price, until Tim Cook revealed all at the recent iPhone 11 launch.

This vastly undercuts Netflix, which costs $9 (£5.99 / AU$9.99) per month for its cheapest subscription plan. Plus, with a host of respected directors, producers, and actors on board to create Apple TV Plus exclusive shows like The Morning Show and See, Netflix is likely worrying that its customers will jump ship to Apple's fledgling service.

Still, Apple TV Plus can't compete with the sheer breadth of Netflix's TV and film catalogue – for now, anyway.