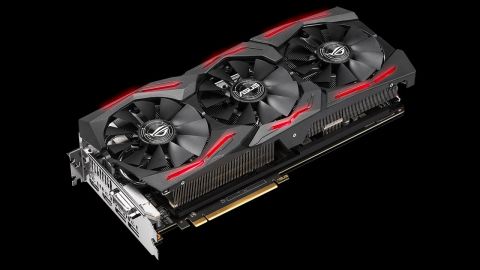 The Asus variant of the RX Vega 64 hits all the right notes, even if there are a few wrong ones

Of all the rivalries in gaming, the one that stands out the most is the ongoing AMD (Formerly ATI) vs NVIDIA battle. With each generation of GPU’s, the two companies have locked horns on price and performance, with AMD usually walking away with the most economical options, whereas Nvidia have kept the performance crown. With Vega, AMD is all set to challenge Nvidia again for the throne, does it succeed?

The Vega Line of GPUs

After a lull in the enthusiast segment, AMD’s RX Vega 56 and Vega 64 take aim squarely at the GTX 1070 and 1080 from the green team. These are based on the company’s proprietary Vega architecture and are based on a 14nm FinFET process. These also use the next generation of AMD’s GCN architecture, also known as Next-Generation Compute Unit and feature 8GB of HBM2 memory.

In comparison, Asus has upped the base GPU clock to 1298MHz while the boost clock is set at 1590MHz, that is 44Mhz higher than the reference air cooled model. Speaking of cooling, the company has also outfitted the GPU with a powerful three fan cooling solution that can operate in complete silence until it hits a temperature threshold. It’s also IP5X dust resistant which is a nice touch.

The Strix variant also comes with a RGB light array over the cooling solution, with a pulsing red ROG logo at the back and light strips on the front of the heatsink. They can also be synced to compatible Aura Sync hardware. The number of ports at the back are also generous, with two HDMI and two DisplayPorts flanked on the top by a DVI port which is missing from the reference model.

Right! So now that we have got that out of the way, it’s time to head to the benchmarks. We started our tests with the 3DMark Fire Strike Extreme and the Vega 64 was on point here delivering a score of 19008 in Fire Strike and 10700 in Fire Strike Extreme. The Ultra preset understandably taxed it far more returning scores of 5500. This is slower than the GTX 1080Ti but faster than the GTX 1080, as such the RX Vega slots comfortably in between the two.

In Gears of War 4, the Strix Vega 64 OC was overkill at 1080p with all settings at Ultra and vertical sync off, recording average framerates of 108 fps with a low of 64 fps. At 2160p, the performance was more honest with the Vega registering a framerate average of 42 and a low of 30.

Rise of the Tomb Raider has a benchmarking tool built in with the game, which we used for the tests. All settings were tuned to the highest with Direct X 12 enabled. At 1080p, the Strix Vega 64 OC absolutely aces the game, recording an average frame rate of 125 with a low of 97! At 4k, things are once again more honest, with the average frame rate hovering around the 45 to 47 mark with a low of 35.

The Strix Vega 64 OC had little trouble with Battlefield 1, delivering 155 fps on average at 1080p. At 4k, the game still rolled along smoothly at 69 average frames and a low of 47.

In the week that we used the GPU, our temperatures reached a maximum of 89 degrees when under load, with temperatures idling around the 43 to 45 mark. The card is also a power guzzler, requiring up to 440 watts when under full stress. We also ran into a problem with frequent restarts but that was solved by connecting two separate cables with 8 pin connectors in place of the usual one cable with two 8 pin plugs, so that’s something to keep in mind, if you face this issue. Either way you slice it, you are going to require at least a 600-watt PSU to keep everything running smoothly.

The Asus RX Vega Strix 64 OC is the perfect card for someone who’s looking to upgrade to buttery smooth gameplay at 1080p or even at 1440p. It can even run some games smoothly at 4K but falls just short of the 60 fps at 4K Mecca. Compared to the competition however, it runs hotter and guzzles more power. Currently, Asus is yet to decide on the price and availability for the card and we will update this review to reflect that once the details are in.