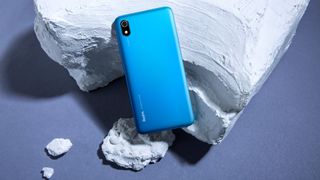 Xiaomi has announced its most affordable smartphone for 2019-- Redmi 7A in India on Thursday. The 7A succeeds Redmi 6A which was one of the best selling phones of last year for Xiaomi. With the Redmi 7A, the company has gone ahead and updated the internals and tweaked the overall look of the phone to reflect the Redmi branding.

Let's take a brief look at the specifications, price and availability dates.

Xiaomi Redmi 7A price and availability

The 7A will be offered in two colours-- Matte Black and Morning Blue starting at Rs 5,999 for the base variant with 2GB of RAM and 16GB storage. There's a 32GB storage option as well that's priced at Rs 6,199.

As its Xiaomi's fifth anniversary month, the company is offering a flat Rs 200 off on the price of both the variants for all the purchases made in the month of July.

Redmi 7A goes on sale for the first time on July 11 at noon and will be available across Mi India store, Flipkart and Mi Home Stores. The phone will also head to offline retailers in the coming weeks.

Redmi 7A features a 5.4-inch LCD screen with HD+ (1440 x 720 pixels) resolution and an 18:9 aspect ratio. The phone is splash resistant which makes it secure against usual splashes of water but one should avoid that as well.

Under the hood, the phone is powered by Qualcomm Snapdragon 439 chipset with an octa-core CPU, that's a first for Redmi A-series and Adreno 505 for graphics. This is paired with 2GB of RAM and 16GB/32GB of storage options. It also supports storage expansion upto 256GB via microSD card. It runs on Android 9.0 Pie based MIUI 9.

The phone has a 12MP primary camera which uses Sony's IMX486 sensor and a 5MP front-facing camera for selfies with features like AI Portrait and Beautify.

Redmi 7A draws power from a 4,000mAh battery which supports 10W fast charging.