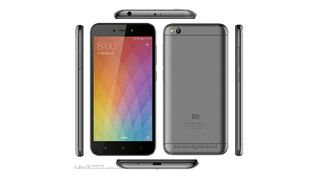 Press images of Xiaomi Redmi 5A has just surfaced on the internet along with the alleged specs and pricing of the upcoming budget smartphone. The successor of the Redmi 4A is expected to come with minor improvements while costing the same. Xiaomi is anticipated to release the Redmi 5A later this month.

The budget offering from Xiaomi surfaced through a leak from Slash Leaks. Here's what @Slashleaks tweeted-

The Redmi 5A will possibly come with a metal construction similar to the Redmi 4. The front of the phone shall be occupied by a 5-inch HD (1280 x 720) display along with three capacitive buttons. Under the hood, the Redmi 5A is presumed to pack the quad-core Snapdragon 427 SoC which is a slightly upgraded version of Snapdragon 425 chipset.

Speaking of the memory department, the successor of the Redmi 4A is going to be available in two variants – one with 2 GB RAM and 16 GB storage and another with 3 GB RAM and 32 GB storage. The phone will run Android 7.1.2 Nougat with MIUI 9 on the top.

While the base variant of the Redmi 5A shall come without a fingerprint scanner, the top variant is going to get one.

Moving on to the optics, at the back of the upcoming handset there will be a 13 MP primary camera, while at the front there is going to be a 5 MP shooter.

Connectivity-wise, the Redmi 5A shall support 4G LTE, VoLTE, Wi-Fi, Bluetooth, GPS and all other usual options. A 3000mAh battery is expected to juice up the mobile.

Till now, Xiaomi has not announced any specific release date of the Redmi 5A, but speculations indicate that the launch might happen by the end of this month. Speaking of the pricing, the base variant (2GB/16GB) may cost around 599 Yuan (Rs. 5999 approx.) and the top model should retail for 699 Yuan (Rs. 6999 approx.).