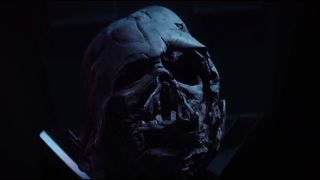 When we were mulling over what we could do on top of a plethora of Star Wars content to celebrate the film, it occurred to us that it might be fun to rebrand as techvadar for a couple of weeks, and for our stable-mates T3 to become T-3PO.

Obviously the next idea was that we would represent the Dark side and T3 the Light side – and we could each cover a different facet of technology.

But here's the rub: technology is definitely evil, and definitely a force for good – because technology is just a tool for humanity and therefore reflects both good evil and everything in between.

Technology is an easy thing to blame for the world's wrongs – the PS4 becoming a terrorist communications system (hotly denied by Sony of course), flight sims training the evil-doers who took the Twin Towers down, unmanned drones bombing hospitals and computer games corrupting our youth.

There's a natural reaction as people get older to start seeing change as the true enemy – we have an innate fear of anything different or peculiar, and our tolerance for learning new things invariably lessens as we age.

Given that technology, by its very nature, is a constant march of change, demonising it is neither unexpected nor unusual.

And, of course, it has ever been thus: the printing press was seen as the root of all evil when it began to bring carefully hoarded knowledge to the masses, radio was expected to destroy communities, and the sheer scale of the connected world is daunting to anyone.

The reality is that technology, from the splitting of the atom to the invention of the internet, is merely a platform for all of humanity, a microcosm of us – and it therefore encompasses all that is great and good, and all that is insidious and bad about people.

When things go wrong, it is easier to blame a games console than to rail against the intangible decision process taken by someone who feels it's okay to take lives in the name of their religion.

And when anyone with a brain (and without the need to generate a headline) actually takes a second to think about it, the decision to blame our tools is ludicrous – like a monkey blaming its stick for failing to supply it with termites.

Most people know that Alfred Nobel, who gave his name to our most famous prize for peace, also invented dynamite, which has been responsible for countless deaths.

Many can quote Oppenheimer ("I am become death, the destroyer of worlds.") when he watched the first atomic bomb and recalled the words from the Bhagavad Gita.

There are millions who feel Edward Snowden should be prosecuted for giving away state secrets after blowing the whistle on the staggering level of governmental snooping into data we thought was private.

Humanity has never operated outside of the moral grey, and yet we often see the world in stark black and white – often while we ourselves feel entirely conflicted about what actually constitutes black and what constitutes white.

There are no shortage of moral debates around technology that sit firmly in this moral grey area, often revolving around the control of technology, from gun control to the extent of what a government should be able to do in the interests of security, but understanding that technology itself is not evil is a good starting point to cutting out something truly pointless.