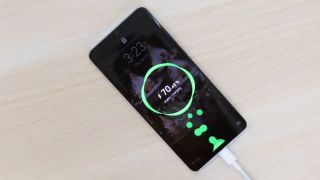 Windows 10 has got a new preview build for the update due in the first half of next year (20H1) which introduces some smart features for the Your Phone app, as well as bringing in a Windows Hello PIN login for Safe Mode.

With the new build 18995, Your Phone is being considerably bolstered (again) with a new battery indicator being presented within the app that shows you the current level of charge in your phone. So if your mobile happens to be elsewhere, you don’t need to get up and look at the device to know when it’s finished charging.

Microsoft has also extended the Link to Windows feature which hooks up your phone to your PC, and is now available on more Samsung devices, namely the Galaxy S10, S10+, S10e, S10 5G, and Fold devices (in certain regions).

If you’ve not come across it before, Link to Windows allows you to send messages and manage phone notifications direct on your PC, as well as syncing photos, and mirroring your handset to the Windows 10 computer.

Furthermore, Your Phone is broadening support for Phone Screen, which lets you use your handset’s Android apps right there on your PC with the keyboard and mouse (or touchscreen). This is coming to the same aforementioned Samsung devices (again in certain regions globally).

Finally, there’s a further touch of personalization in that the icon for your smartphone within the app will actually show the home screen wallpaper you’re using on the handset.

Note that all these fresh bits of functionality for Your Phone are rolling out gradually, so you may not see them just yet.

The other major change for Windows 10 in this preview build is that you can now enable passwordless login for when you boot the PC into Safe Mode (when troubleshooting an issue with the machine).

So now, when you elect to boot into Safe Mode, rather than having to enter a password, you can use Windows Hello PIN sign-in (and yes, a PIN is more secure than a password for various reasons).

Microsoft goes over the instructions for setting up your PIN login in its blog post detailing the changes for build 18995. And naturally, this is all part of the company’s broader drive for a passwordless future.