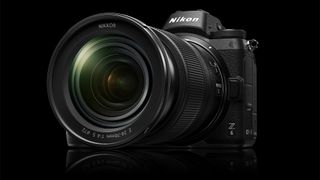 We’ve been hearing about a potential new Nikon mirrorless cameras joining the Z6 and Z7 full-frame line for a while now, including an entry-level option that could potentially be called the Z3 (alternatively dubbed the Z1).

There could be an element of truth to these rumors as Japanese website Design Watch has unearthed a patent registration for a new Nikon snapper that could potentially be that budget offering.

From the leaked images, the camera appears to be an APS-C Z-mount snapper that doesn’t have a viewfinder.

This ties in with Nikon Rumors’ original prediction of the Z3 being “an entry-level DX camera with fixed LCD screen, 24 or 26MP sensor, one microSD card slot only [and] probably no EVF.” While it’s unclear whether the LCD display is fixed or not, the design looks similar to the now five-year-old Sony Alpha A5100.

The lack of a viewfinder has some speculating that it could become available as an add-on that could be slotted into the hot shoe visible in the drawings of the top plate of the camera.

Its place in the world

How Nikon plans to market this possible new camera will be interesting: while the first duo in the Z series line competes directly with Canon’s new EOS R and EOS RP, a new Z-mount camera without an EVF will put it in direct competition with the likes of the Canon EOS M6.

We have no idea whether Nikon plans to develop Z-mount lenses for crop sensor snappers but there have been whispers that three DX lenses could be incoming in 2020.

While patent filings don’t always indicate a new product will definitely be launched, we can’t help but wonder how well the rumors and this new revelation coincide. And if this comes to pass, it might be able to help Nikon gain some customers after its recent slump in sales.