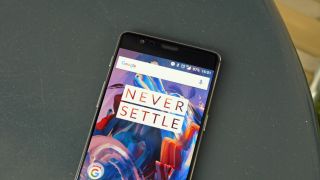 The upcoming smartphone, which we expect to be revealed on November 14, will be in good company with recent high-profile releases like the Google Pixel, Google Pixel XL and Asus ZenFone 3 Deluxe – all of which feature the latest Snapdragon processor.

Something new from @OnePlus is on the way…and it’s powered by our #Snapdragon 821 processor. Stay tuned. pic.twitter.com/3jOyZFRQ5tNovember 7, 2016

Next to the Snapdragon 820 chipset that you’ll commonly found in flagship phones like the Samsung Galaxy S7, LG V20 (and even the OnePlus 3), you’ll see smaller, but nevertheless noticeable benefits to performance and battery efficiency.

The new chipset could also bring with it support for virtual reality by way of Google Daydream, if it comes stocked with Android Nougat, that is. The list of devices that support the new mobile VR platform is small: just the Google Pixel and Pixel XL. If true, it could be a huge selling point for the next OnePlus device.

The rest of the equation

OnePlus CEO Carl Pei has teased that the upcoming device will feature the beloved AMOLED display, and also keep the headphone jack that was omitted from the likes of the iPhone 7 and Moto Z.

If OnePlus can do all of this and keep the price down on its next device, it could give the Google Pixel, and every other flagship smartphone in late 2016 and early 2017 for that matter, a good run for their money.