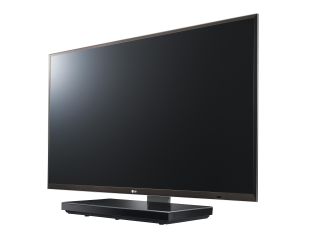 LG has announced that it will show off the new LEX8 television at IFA, with what it terms 'NANO Lighting Technology'.

LG believes that the LEX8's tech will 'redefine the meaning of clarity' but they'll have to clear up what they mean (sorry) in Berlin.

"An extremely thin film printed with minuscule dots positioned in front of a full array of LEDs disperses light more evenly and effectively across the screen, creating pictures that are clearer, enticingly smoother and more refined.

LG's release goes on to explain that the LEX8 tech should improve localised dimming in both 2D and 3D with its 'Micro Pixel Control' and this should make a clear difference when paired with the company's TruMotion 400Hz.

"Just as difficult as it is to watch standard TV after experiencing high definition, people will resist going back to regular LED LCD TVs after viewing the LEX8."

The upshot of all of this tech is a televisions with a width of 88mm and a 1.25 cm bezel, leading to LG describing it as ' indisputably the slimmest and narrowest of any FULL LED TV in the world".

Need more, LG insists that this will be its finest 3D capable TV because: "By ensuring a uniform distribution of light from the LED backlight panels, the LEX8 illuminates the screen more effectively, for 3D pictures of unprecedented clarity and brightness."

We will of course be looking closely at the television at IFA - which is shaping up to be an exciting show indeed.