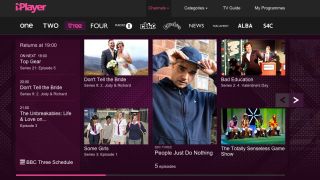 It's been on the chopping board for a while now, but the BBC has confirmed that the BBC Three channel will be cut at the end of February next year and moved online.

The ongoing consultation regarding its future left some hope for people unable to cope with the thought of losing reruns of Family Guy and Rent a Cop, but it was not meant to be.

That said, the BBC has confirmed that it will slot all long-form programmes into slots on BBC One and Two. BBC Three will become a 'promotional transition channel' in January until the migration is completed at the end of February.

The BBC says that the estimated £30 million saved by the move will be invested in BBC One drama.

Earlier this year, a petition campaign was launched to save the channel, gathering over 270,000 signatures.

However the BBC says it will still offer a range of content on the BBC Three online portal. It has also approved plans to open up iPlayer to online-first and third part content, while also extending the hours of CBBC by two hours to 9pm.

What will the BBC do with the freed-up spectrum when Three is gone? The Trust has given it three months to lay out its plans.