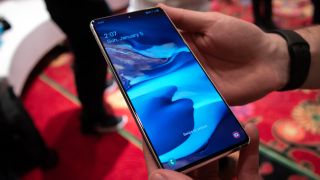 Samsung’s new breed of Lite flagships, the S10 Lite and the Note10 Lite, are expected to land in India very soon, as hinted by Flipkart.

For 2019, Samsung adopted an approach where its flagships would see a ‘Lite’ version for consumers looking for a flagship experience at a more affordable price. This came in the form of the Samsung Galaxy S10e and the Galaxy Note10. By the end of the year, it decided to bring even more affordable variants of the flagship, thus giving birth to the S10 Lite and the Note10 Lite.

These smartphones were globally unveiled on January 3 and made their first appearance at CES 2020. As it usually is, consumers began enquiring about the global availability of these devices that seemingly brought Samsung’s affable flagship experience to a never before seen price segment.

Luckily, Flipkart ended our wait by putting up the Samsung Galaxy S10 Lite teaser page, confirming that the phone will definitely make its way to India. If the past is any indication, the launch should only be a week or two way. There’s no explicit mention of the Note10 Lite at this moment, but we expect it to also eventually arrive.

Not to be confused with the S10e, the Samsung Galaxy S10 Lite has a big 6.7-inch Super AMOLED Plus display with a Full HD+ resolution and an Infinity-O notch for the selfie camera. Samsung’s new design language with all the cameras being housed in a rectangular island along the corner once again makes an appearance.

Notably, this will be the first Samsung “flagship” in years to not be powered by an Exynos chipset in India, in favour of the Snapdragon 855 SoC. This is the same chipset that powered most 2019 flagships such as the OnePlus 7 Pro and the Redmi K20 Pro. Along with that, we’re looking at 6 to 8GB of RAM and 128GB of expandable storage.

Samsung’s approach with the cameras is also rather interesting with the S10 Lite—a triple camera array consisting of a 48MP f/2.0 primary shooter, a 12MP ultra-wide lens and a 5MP depth sensor. The front camera comes in at 32MP. It sets the path for high-resolution primary sensors on future Samsung flagships, such as the upcoming Galaxy S11/S20 series.

The rest of the specifications include a juicy 4,500mAh battery with support for 27W fast charging over USB Type-C and an in-display fingerprint scanner. There’s no headphone jack on the S10 Lite.

Samsung is yet to reveal the prices of the S10 Lite and the Note10 Lite, but current guesstimates point to around 649 euros in global markets, which converts to about Rs 52,000. Confirmed pricing should be available in the coming days, before the S10 series arrives on February 11 to steal all the thunder.