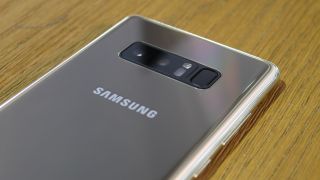 A while ago we saw evidence that the Samsung Galaxy Note 9 would launch in blue, brown, silver, purple and black, and today we’ve had a much closer look at three of those colors.

A ‘reliable source’ shared three renders with Android Headlines, showing off the blue, brown and black shades, and as we also saw the purple color recently it’s only the rumored silver shade that we haven’t yet seen a high-quality render of.

There’s little new to report about the phone itself in these images, since they match up exactly with various previous ones, but it’s worth noting that while the black and brown shades have an S Pen in a matching color, the blue one seemingly comes with a yellow S Pen.

More for your money

The images also show accessories alongside the Galaxy Note 9, specifically a Samsung Gear S3 smartwatch, Gear Icon X earbuds and a fast wireless charging stand, which suggests you might be able to buy the phone bundled with them, though whether you’ll pay extra or whether they’ll essentially come free with the phone is unclear.

We should know soon, as the Samsung Galaxy Note 9 is due to be announced on August 9, and it doesn’t look like there will be too many surprises, because as well as images there have also been extensive specs leaks.

As such, we’re expecting a roughly 6.4-inch screen, a 4,000mAh battery, at least 6GB of RAM and either a Snapdragon 845 or Exynos 9810 chipset, depending on where you are in the world. The S Pen might have some upgrades too, though that’s one thing that we’re less clear on.