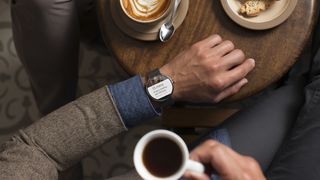 Moto 360 - rounding up all the attention

Given that Samsung and LG have both announced release dates for their next gen Android Wear smartwatches at Google IO, you'd be forgiven for wondering just how Moto 360 managed to steal the show.

With a resolutely traditional round face, the Moto 360 has clearly captured the attention in the wearable tech world and, despite the lack of a concrete release date, hope is high for the next-gen watch.

Hoping to cash in on the interest, Motorola has released an official video view into its latest offering - and you can check out just how well Android on a watch really works. Admittedly, it's pretty similar to what we saw on stage at Google IO, but it really shows how beautiful that display is.