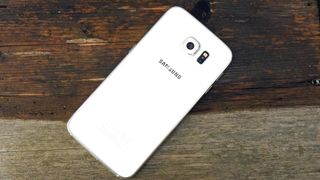 Ad blocking is a controversial subject, when it was introduced on iOS 9 there was uproar, so naturally the Galaxy S6 and other Samsung phones will get an ad blocking feature as well.

Samsung Internet, the web browser is preinstalled on all Samsung phones, will now support ad blockers with the aim to reduce loading times on certain pages.

To get it working you'll need to download an app to work alongside the Internet software – the first one out the gate is Adblock Fast which is free to install and is also available on iOS and desktop.

It's not just for the latest Samsung Galaxy S6 though. All phones running Android Lollipop software and above will be able to use the feature with next software update bringing you up to Samsung Internet 4.0.

It's an interesting play from Samsung in an attempt to entice users back to the stock internet app on Samsung devices. Google Chrome is forced onto all Android phones and a lot of users end up using it as the default internet browser.

But Chrome still doesn't offer ad blocking on mobile, and there doesn't seem to be anything in the works for it to appear anytime soon.

We expect the Galaxy S7 and whatever it's accompanied by during its launch in February will run Android Marshmallow software, so it'll include ad blocking as well. Now just to see if anyone actually uses it.