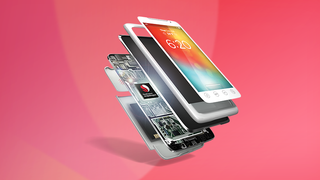 Qualcomm has officially announced that it will start manufacturing octa-core chips this year. The first one we'll be seeing is the Snapdragon 615, which, as the numbering suggests, is a mid-range chip and it's due this summer.

The new chips will use an advanced 20nm process, which should make them both more power efficient and faster, yet according to industry sources speaking to DigiTimes they won't push the price of smartphones up.

It's not known which phones will be the first to benefit from these chips, as the likes of the Samsung Galaxy S5 Prime and the LG G3 are expected to use a Snapdragon 805 chipset.

We may see one of these new chips in the Samsung Galaxy Note 4, or perhaps we'll be waiting till early next year when the next wave of flagships arrive.

But whenever we do see them used it should be the biggest jump in smartphone power in a long time, as for the last few years companies have stuck with quad-core 32-bit chips.

Smartphone power seemed to be levelling out, so whether this will just be overkill or whether it will take smartphones to a whole new level remains to be seen.