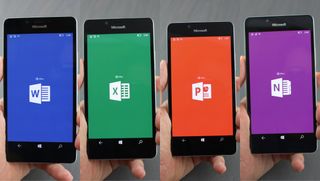 Microsoft has snapped up the domain "surfacephone.com," possibly hinting at the company's plans to build its own Surface Phone handset.

Spotted by a user on Reddit, the domain currently redirects to the Surface website. There's no sign of the Surface Phone yet, but rumors have persisted Microsoft means to make one.

We heard word late last year that Redmond was readying its own phone for release around May 2016, just over four months from now. The device would reportedly be timed with the significant "Redstone" update for Windows 10.

Microsoft's Devices head Panos Panay is apparently displeased with the company's Lumia line and is the driving force behind the new Surface handset. Alongside a string of new devices that have elevated Microsoft's game - namely the Surface Pro 4 and Surface Book - the Surface Phone could be the next big win for the company.

While it was out shopping for domains, Microsoft also picked up "surfacelaptop.com" and "surfacecar.com."

Surfacecar.com is obviously more intriguing, though unlike Apple, we haven't heard any rumors that Microsoft is developing its own vehicle or even infortainment system. It could always happen, but it's more likely that Microsoft just wanted to secure the domain before someone else did.

Still, now that it has the domain in its pocket, Microsoft may be more inspired to create a Surface suite for the car sometime down the line.