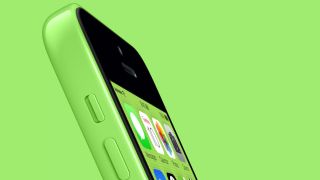 Murmurings of a second generation polycarbonate iPhone are refusing to die, with the latest rumour tipping the iPhone 6C release date for mid-2016.

This latest prediction comes from IHS analyst Kevin Wang, who took to his Weibo account to make the claim - although he did tip the iPhone 6C to arrive by the end of the year back in August, so this needs to be taken with a pinch of salt.

It's been more than two years since Apple launched the iPhone 5C, a plastic covered iPhone 5 with a price tag lower than the iPhone 5S it arrived alongside - but it wasn't as cheap as many had hoped.

How low can you go?

Even though Wang may not have the most glittering of track records, we're still holding out hope for the arrival of the iPhone 6C.

It's been rumoured ever since the 5C launched, and it's fair to say many questions have been raised over its potential existence since - but the same can be said for the iPad Pro.

Apple's supersized tablet was rumoured for years, almost to the point where people were starting to believe it would never happen.

But it did, and we reckon Apple is playing a similar game with the iPhone 6C. Especially because of the muted response the 5C garnered, the Cupertino firm is probably making sure its next "colourful" iteration is really worth it.