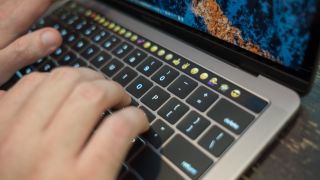 Apple recently announced a surprise update of the 13-inch MacBook Pro and MacBook Air, and it’s now been confirmed that the two new models will benefit from the same improved third-generation butterfly keyboard that comes with the more expensive models of the MacBook Pro 2019.

Apple introduced the new keyboards with the updated MacBook Pros in May after numerous reports of issues with previous generations of its butterfly keyboard – with the silicone membrane that covers the key switches improved (and the material changed) to prevent the problems that have affected older keyboards.

In good news for anyone tempted to buy the newly-refreshed MacBook Air or 13-inch MacBook Pro, MacRumors got confirmation directly from Apple that the new laptops will come with the improved keyboard.

With Apple discontinuing the 12-inch MacBook, this now means that every MacBook Apple sells will feature the improved keyboards.

This all means that if you’ve been hesitant to buy a MacBook after reports of faulty keyboards in the past, then you should be able to buy a new MacBook in full confidence that you won’t have any problems typing on it.