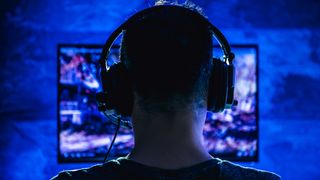 Microsoft has announced measures it’s adding to its Twitch competitor Mixer to tackle the toxicity that can sometimes feel prevalent in the gaming community – especially when it comes to game streaming.

The goal is to make Mixer a more pleasant place for people to stream (and watch people stream) their games – but without being too heavy handed.

In a blog post titled Our Commitment to You, Microsoft outlines its plans to “continue prioritizing Mixer’s community and streamers”, and this will include making sure that “viewers on Mixer should be free to enjoy great gameplay and entertainment without worrying about seeing a broadcast with harmful content,” while also being free to “watch or participate without having to deal with toxic behavior or bullies.”

Online bullying and general toxic behavior has been a concern for many people – especially parents – for a while now, and although Mixer doesn’t appear to have suffered the same level of problems and controversies that its rivals YouTube and Twitch have, it’s good to see Microsoft is looking at how it can protect its community.

In the blog post, Microsoft outlines the following moves it’s made to ensure that the Mixer community remains “positive, welcoming and supportive” for everyone:

1. We adjusted the Mixer channel page to make it conspicuous and easy to report abuse right from the player window – for example, to report inappropriate content, including violent or extremist content, or violations of Mixer’s Rules of User Conduct.

2. We updated our Mixer Rules of User Conduct to expressly prohibit terrorist and violent extremist content.

3. We’re implementing a new Streamer Review system to improve validation and monitoring of new streamers on Mixer. The initial part of this system will go into place on August 29, and streamers will need to login with their Microsoft account to enable additional screening of new streaming accounts. There will also be a 24-hour waiting period before a streamer can start their first camera-capable stream.

4. We are creating a new Toxicity Screen system to give streamers information and control over interactions on their channel. This will be coming later this year and will enable new filtering options to give you control over chat participation, including more automated moderation tools and restricted chat modes.

5. We recognize that community channel moderators are the unsung heroes that help to keep our streamers’ channels safe and fun. They work tirelessly behind the scenes, removing content that doesn’t adhere to a channel’s unique guidelines, and removing people from channels when necessary due to continued poor behavior. For these channel moderators, we’re working on a new Moderator Program that provides improved tools and options to support their work, while also publicly recognizing and rewarding their invaluable contributions to the community.

6. We are also investing in new software capabilities and our professional moderation team to actively review broadcasts, chat and activity on the service, which will better position us to quickly take action to remove or remedy harmful content.

7. Because digital safety affects the entire livestreaming industry, we are committed to sharing and learning alongside other platforms to help increase safety and confidence for all livestreamers and viewers.

Working with the streamers

Of course, the audience is only half of the community when it comes to streaming, and Microsoft has also ‘doubled down’ on helping streamers find success on Mixer, allowing all streamers to monetize their streams.

Improved analytic tools are also being introduced to help streamers grow their channels, and a system known as ‘Mixer Academy’ is going to be launched later this year, which will teach streamers and moderators essential skills such as audience engagement, branding, monetization and networking.

A new Streamer Progression dashboard will also be added, showing streamers what steps they need to take to “earn access to additional promotion, streamer perks, support and monetization features on Mixer.”

Keeping streamers – especially popular and talented ones – happy is going to be key to Mixer’s success, so Microsoft’s moves here make a lot of sense.

Can it make Mixer a success?

While these moves are certainly welcome, are they enough to make Mixer a success? While the blog post highlights Mixer’s growth – with the total numbers of hours spent watching content on Mixer each month growing by nearly 17 times since its launch in May 2017 – it still seems like Mixer doesn’t have the same mindshare as its rivals YouTube and Twitch.

It’s also interesting to note that tucked away towards the end of the blog post, Microsoft mentions that at the end of August, the Mixer Create app will be taken down from iOS and Android stores.

According to Microsoft, this is due to “feedback and analysis of actual usage across the Mixer community” – basically, very few people used it, and those that did, didn’t like it.

That’s not a great sign for Mixer. Hopefully the positive steps Microsoft has made to address the “toxic behavior of a small set of people on the service – the trolls and bullies who take away from the fun experience of livestreaming” will help boost Mixer’s fortunes.