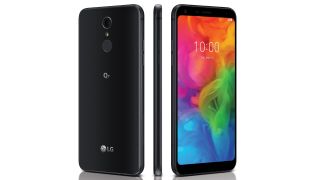 South Korean smartphone maker LG has announced two new mid-range devices in its LG Q series dubbed as the LG Q7 and Q7+ in its home country. At the event, the company also announced that the device will be launched in Europe and Asia in the coming weeks.

The LG Q7 and Q7+ are IP68 certified for water and dust resistance and have military grade MIL-STD 810G certification. Both the devices run on Android 8.0 Oreo and feature a 5.5-inch full HD+ FullVision display with a resolution of 2160 x 1080 pixels and an aspect ratio of 18:9.

Coming to the camera department, the LG Q7 features a 16MP primary camera and the Q7+ features a 13MP primary camera, with phase detection autofocus and an LED flash. On the front, both the devices sport a 5MP selfie camera with a 100-degree wide angle lens.

The LG Q7 and Q7+ are powered by the same 3,000mAh battery as their predecessor Q6, however, LG has added Fast charge support on the devices. Connectivity options include 4G VoLTE, WiFi 802.11 b/g/n, Bluetooth 4.2, 3.5mm audio jack, GPS and a USB Type-C port.