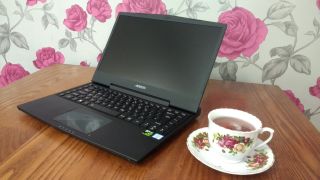 Are you taking a trip to the US soon and thinking about bringing your laptop along on the flight? Well, the bad news is that you might not be able to, at least if a potential notebook ban goes ahead.

The US government has already banned travelers coming from some Middle East and African nations from taking laptops on board flights to America as part of anti-terrorist measures, and rumor has it that this same policy could be applied to flights originating from the UK in the future.

It would mean that you can’t take any device which is bigger than a smartphone into the airplane’s cabin – instead, larger gadgets like notebooks would have to be placed in your hold luggage.

This is according to sources who have spoken to The Guardian, and they sound like well-placed insiders, including an official within Whitehall.

Although bear in mind that at this point, the US government is only considering imposing the measure on European nations, possibly including the UK, according to the grapevine.

The US government’s fear is that terrorists could use larger pieces of hardware like a notebook to conceal sizeable amounts of explosives, although as experts have pointed out, a bomb-laden laptop wouldn’t be a great thing to have in the cargo hold, either.

As mentioned, the US regime stipulates that banned devices are those larger than a smartphone, so we’re talking about notebooks, tablets, e-readers, electronic games and so forth. Mobile phones and medical devices needed in flights are allowed in the cabin, as we reported last month.

You may have noticed that in recent times, regulations concerning what you can take on board a flight have tightened up when it comes to the size of batteries allowed, with hefty and powerful external laptop battery chargers getting banned from flights by some airlines.

The list of gadgets you are allowed to take on a plane seems to be getting shorter and shorter, these days.