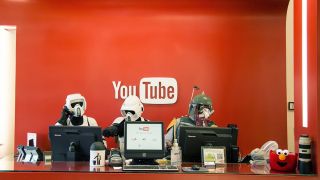 The colour and detail in your YouTube videos are about to be boosted according to the company's Chief Business Officer Robert Kyncl. At this year's CES, he confirmed that high dynamic range (HDR) video will soon be supported on the video sharing platform.

HDR is a hot topic in technology circles right now, with both content providers (Amazon Instant Video, Netflix) and hardware manufacturers (Samsung, Sony, LG, Panasonic) announcing support for the format. You need both an HDR-enabled source and an HDR-compatible device to get the full benefits.

The standard is also arriving as part of the new Ultra HD Blu-ray format, essentially 4K video on a physical disc that removes the need for a super-fast broadband connection to push all those pixels.

You might well have a HDR mode on your smartphone's camera: it takes several pictures in a short space of time and then balances out the contrasting tones so that both dark areas and light areas can be seen clearly.

The same principle applies to video: colours become more vivid and easy to distinguish, which means more detail and a more eye-catching picture overall. The contrast and colour palette is expanded, so something like the visually rich Game of Thrones will look even better.

You won't notice any difference for a while yet, but it's good to know the technology is on its way to YouTube. With support for 4K and 360-degree video too, the video-sharing giant is doing its best to stay on top of the technology trends.