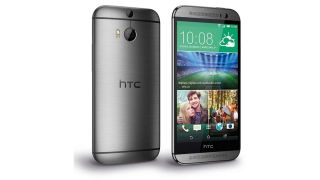 HTC was one of the first smartphone manufacturers to start using the dual-camera setup that's now so popular, but it hasn't made a handset with the feature since 2015.

As reported by Engadget, though, HTC's smartphone division president Chialin Chang said today that we'll "definitely" see a new dual-camera phone from the company next year.

"We'll need to figure out how to make this feature stand out," Chang said.

Widespread interest in dual cameras took off after Apple introduced the iPhone 7 Plus with Apple highlighting the way the feature enabled a bokeh "Portrait" mode that left foreground subjects in sharp relief while blurring the background. Apple has continued the dual-camera tradition all the way to the iPhone X, which launches on Friday.

When HTC was touting the feature with the EVO 3D back in 2011, by contrast, it was chiefly emphasizing the way the setup created a mild 3D effect.

The 3D craze turned out to be a fad, of course, but HTC tried to play up the way the technology allowed greater control over focus in handsets like the HTC One M8. The approach never really took off like HTC likely wanted.

Eventually, HTC ended up dumping the technology when it released its impressive HTC 10 device last year. Unfortunately, it largely failed to anticipate the Instagram-friendly ways Apple and other companies would use the same technology for other purposes.

"Standing out" is certainly going to be a struggle, as now the market is crowded with phones from Apple, Samsung, LG, Huawei and Xiaomi that all feature dual rear-facing cameras. Unfortunately, as promising as Chang's statement is, it still sounds like HTC is struggling to to present a head-turning spin on a concept it helped pioneer in the first place.