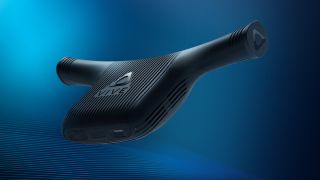 VR, or virtual reality, has all but become a buzzword in the homes of millions since the Oculus Rift and HTC Vive PC headsets landed in 2016. If these headsets haven’t sold but a fraction of, say, the PS4 or even Xbox One consoles in the same time frame, how did this happen?

For one, it’s the novelty of a term that’s been in the public consciousness for decades now finally coming to fruition. It’s also thanks to mass market products, like the Samsung Gear VR and Google Cardboard, spreading the word like wildfire.

However, if it weren’t for the high-power VR experiences made possible by these first tethered, PC-bound headsets, we wouldn’t be here talking about the VR craze.

Now, thanks to companies like DisplayLink, headset makers like HTC are catching up to the graphically-inferior (but mass appeal), wireless products with full-power wireless VR. The HTC Vive Pro elevates this concept with even sharper screens and digital surround sound audio in addition to wireless signal transmission from a PC through DisplayLink.

So, how did the two companies manage this together, and what’s next for wireless VR of the highest power?

“The endgame for us has always been to have wireless premium VR,” HTC Vive General Manager Daniel O’Brien says. “We've been working on this for quite some time, and we have always had a strong position that users would like to do premium VR without a tether and we have continued to improve our products since launch, which is back in April 2016.”

To that end, HTC and DisplayLink have been working together for quite some time to make this a reality. Before then, DisplayLink was primarily an enterprise-focused company, providing computer graphical display solutions to business clients.

“As we were currently [expanding] our business model, we were looking at VR and said, ‘Well there has to be something we can bring to this equation,’” DisplayLink Marketing Director Andy Davis tell us. “We already [have] built a dynamic codec solution for graphics, [and] it could work in a wired and wireless environment.”

“It was kind of a logical jump for us to build on codecs that we'd already had in the market for about 10 to 11 years in a corporate finance enterprise kind of market that was very successful, and then push that codec to a next level. [That is,] to pick it from 60 Hertz to 90Hz and then, of course, push more in the future – even beyond and up to 120Hz.”

However, bringing wireless capabilities to a device that pumps out some serious data to not one, but two high-resolution displays at once, wasn’t quite as simple as Davis makes it sound at first.

“One of the biggest challenges to try and move into a wireless VR space is very much differentiated from corporate enterprise wireless, where things don't move, is the physical movement of inertia,” Davis says. “When someone wants to be in VR, jumping around, moving to 360 degrees, going from lying on the floor to jumping up in the air in a fraction of a second – that brings some of its own challenges.”

DisplayLink’s answer was to use a variable bandwidth and compression system, wherein the device is capable of operating at wide bandwidth range. This allows the device to take in much more data when it is within plain sight of the source PC, but bring that bandwidth down when, say, the player’s head is turned, by compressing the data.

DisplayLink ended up achieving this wireless signal over the 60GHz radio frequency for its low interference. It’s on this band that the device uses dynamic compression to present the headset with only as much graphics data, and the quality of which, that the current signal strength can handle.

This produces small variations in quality when the signal is weaker, but the idea is that, in the action, you shouldn’t notice too much.

“Where we don't get a line of sight, then the signal will bounce because 60GHz allows you to be public, so I think that was that was one of the first huge jumps that that we all made,” Davis tells us. “I think then, on the back of that, was having the antennas and the throughput of the antenna and the capabilities of the signal strap to liaison with the way that [the] display does our encoding. The consequence of that is that we can tune the dynamic compression capabilities of how we send data based on the bandwidth, the signal strength on the fly.”

Into the untethered future

So, now that this is a possibility, and has been with the HTC Vive Pro since its launch earlier this year, where does that take us? What does wireless, PC gaming-grade VR look like?

“I’ve already talked to some developers that are thinking about crawling in their game and thinking about lower movements and quicker movements,” O’Brien says. “That's why we also test this technology heavily with the most active experiences that we can, so that we have proof that this product is going to handle those quick movements.”

The thought of a VR-based WWI trench warfare simulator is both exciting and terrifying, but what about the slightly more distant future? What does this level of VR look like then?

“What logically we're going to see [is tighter] levels of integration,” Davis says. “I think we're going to probably move towards lighter products that enable us to be able to do more, whether it be inside or outside, or whether this takes us forward to more of an AR world.”

“I think [it] will evolve to have multiple people interacting in rooms in multiplayer sessions from a gaming perspective, [but] will have people across the globe,” O’Brien tell us.

At this point, for Davis, the sky is the limit: “Surprisingly, the wonderful thing about VR is it's really kind of as much as you can dream.”