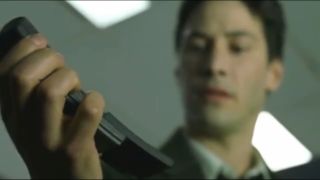 Update: Since publication Amazon has clarified this deal is only for US subscribers to Amazon Prime.

Original: Amazon Prime Video is about to become the exclusive place to stream 33 Warner Bros. movies, thanks to a new deal between the two companies.

According to Variety a selection of movies including Space Jam, Twister and Oceans Eleven have already landed on the service for US customers, with others such as The Matrix trilogy and the four Lethal Weapon movies set to come later in the year.

Other movies joining throughout 2016 include Caddyshack, Full Metal Jacket and You've Got Mail. We've asked Amazon whether UK subscribers will enjoy the same lineup of films in 2016, and we'll update when we know more.

To date Amazon's Video library has been fair but certainly not as strong as Netflix's, which continues to not only land big titles but build momentum with its own "Original" exclusive shows and movies.

Amazon currently has the advantage of offline viewing, letting you download movies and shows and watch them without a connection.

Netflix has told us on more than one occasion that it has no plans to introduce a similar feature, but there's reason to believe that might soon change...