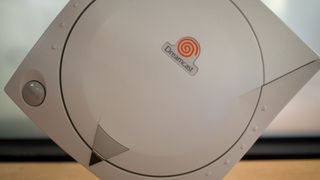 Windows 10 making its way onto Xbox One is a move that's more than 16 years in the making. Let me back up and explain. Windows 10 has only been in development for the last handful of years, but Microsoft's history in cramming Windows into game consoles predates even the original Xbox, which launched in 2001. It all started with the Sega Dreamcast.

It didn't go so well.

In 1998, Microsoft and Sega existed at two opposite poles in the gaming world. The Windows operating system (OS) was the go-to platform for PC gamers and developers, while Sega was rapidly losing its share of the console market.

Today, it's tough to imagine these vastly different companies finding a good enough reason to partner up, but it made sense at the time. Each firm wanted what the other had. Microsoft wanted to begin planting its roots in the living room, and Sega needed killer apps that would attract gamers to its new console, if it was to survive.

Windows… on a console?

If either company in this unlikely duo were to achieve those goals, they first had to break down the divide that existed between PC and console game developers. Surely it wasn't no easy task, but Sega and Microsoft were determined to entice game makers to create on Dreamcast with the freedom of choice.

To make Dreamcast games, the duo made it so that developers could either use Sega's own proprietary programming interface or Microsoft's Windows CE OS. The latter offered a familiar development environment and tools, like DirectX, to seasoned PC game developers looking to get in on the game console scene.

Making Windows compatible with Sega's Dreamcast wasn't just an effort to make development on the new console easier. Microsoft hoped it would offset the risk of a flop entirely for developers, as the end-goal was to make Dreamcast games playable on all PCs running Windows.

Many developers loved the tools, or at least claimed to. A few high-profile game makers at Konami and now-defunct Acclaim raved about how easy it was to develop on Dreamcast using Windows CE. At this point, it seemed like things might work out in each company's favor.

Months later, when it came time to launch, CNET reported that not a single one of the Sega Dreamcast's launch titles were built using the Windows CE OS. Red Storm Entertainment, who was porting an already-developed Rainbow Six PC game to Windows CE, missed the launch due to complications during development.

Neal Robinson, Sega's VP of third-party development at the time stated that games available at launch were made by "developers who are used to developing software in a short span of time, and used to taking advantage of the newest hardware." In other words, Sega's proprietary interface seemed to be the preferred choice amongst developers out of the gate.

Despite its absence from the launch, Microsoft estimated that four Windows CE-based games would release by the end of the launch year. And Robinson went on to further cool concerns that the collaboration was a bust by stating that Sega hoped that an estimated 30% of its total game library would be built using Windows CE.