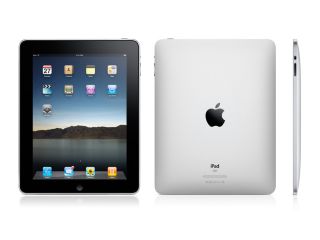 The iPad's 7.33m sales over the holiday period contributed to record figures

Apple bounced back from Steve Jobs' latest health-related lay-off to post the best first quarter results in the company's history, this evening.

The Cupertino-based giant reported profits of $6 billion and a massive revenue of $26.4 billion, which is 71 per cent up on the same period one year ago.

Industry analysts had predicted revenues of $24.38 billion meaning the company has sailed past expectations yet again, posting earnings-per-share numbers of $6.43 over the touted figure of $5.38.

Christmas sales of the iPad are bound to have contributed to the impressive increase in revenue as it was not part of the Apple range this time last year. It sold an astounding 7.33 million during the period, Apple claimed today.

CEO Steve Jobs, who will now take a leave of absence to take care of his health, said it was strong sales across the board that pushed the numbers into company record territory.

"We had a phenomenal holiday quarter with record Mac, iPhone and iPad sales," Jobs said. "We are firing on all cylinders and we've got some exciting things in the pipeline for this year including iPhone 4 on Verizon which customers can't wait to get their hands on."

Apple were also celebrating improved Mac sales with the 4.33 million shifted beating last year's Q1 total by 23 per cent. It also shifted 16.24 million iPhones which is an astonishing 86 per cent better than last year's first quarter.

Only iPod sales suffered a slight loss of 7 per cent, but that's still close to twenty million sales.

Jobs withdrawal from active duty was perfectly timed by Apple, which took a trading hit on Tuesday morning. Shares bounced back to rise by two per cent by the end of the day.