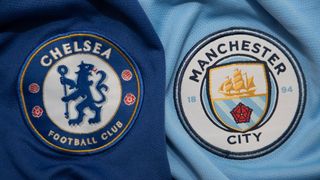 The final of English football's second cup has produced a top drawer final, with two of the country's finest clubs battling out the EFL Carabao Cup final. It's London against Manchester, and with our help you can get a Chelsea vs Manchester City live stream wherever you are.

Chelsea vs Manchester City - where and when

The Carabao Cup final showdown will take place at the home of football - Wembley Stadium in London, UK.

Although the magic and mystery of a cup final means that predicting a winner is never easy, it's no surprise that the bookies have made Manchester City odds-on favourites for this one. They're in a rich vein of form, no less exemplified by a thundering 6-0 win a fortnight ago against...you guessed it, Chelsea.

So Chelsea will be seeking some serious revenge. But enigmatic manager Maurizio Sarri is under pressure at Stamford Bridge, failing to get his team to fire on all cylinders. Things aren't going at all well in the Premier League and the red side of Manchester dumped them out of the FA Cup on Monday. A bit of silverware could save Sarri some blushes - and his job.

Manchester City, on the other hand, breezed into the FA Cup quarter-final last weekend and their charge to the top of the league has been thrilling to watch. They thrashed Arsenal in the final of the EFL Cup 3-0 last year thanks to goals from Sergio Agüero, Vincent Kompany and David Silva, and Pep Guardiola's men will be confident of making it a fourth Carabao Cup win in six years.

So will it be Chelsea or Manchester City that gets to lift the trophy at Wembley today? Below we're going to talk you through the best ways to watch the EFL Cup action in the UK and the rest of the world so you can ensure you can easily live stream Chelsea vs Man City today.

Live stream Chelsea vs Manchester City from outside your country

Further down the page we have details of catching the Carabao Cup Final in the UK, US, Canada, Australia and New Zealand. All require some kind of subscription.

1. ExpressVPN:  the best all-round VPN for streaming, comes with 30-day trial and 3 months FREE with an annual plan
2. IPVanish: puts premium on security and supports up to 10 devices, so great on the go
3. NordVPN: SmartPlay tech makes NordVPN a great, affordable choice for streaming

Sorry if you're nostalgic for when the Coca-Cola Cup (or Milk, Rumbelows, Worthington, etc) Final used to be on terrestrial TV. Those days are long gone. You now need Sky Sports to watch the EFL Cup Final and coverage starts on Sky Sports football at 3.30pm for all the build up from Wembley. That means you'll need the Sky Go app for your phone or tablet if you're out and about.

If you're not a full Sky subscriber (and don't want to be), then you can also consider a day pass from NOW TV for £8.99 and watch it on there.

If you're outside the UK this Sunday, then you'll need to download and use a VPN, log in to a UK stream and then use your Sky or NOW account with that.

How to watch the EFL Cup: live stream in the US for FREE

Having launched in 2018, online subscription service ESPN+ is now picking up more and more momentum - along with a greater range of sports. And now's it's managed to snag EFL Cup football, too.

But the best news is that you can grab a seven-day FREE trial. So if you haven't used ESPN+ before, you can sign up for that and get a taster of its sports coverage without paying a thing.

You're looking at a 3.30am AEDT start on Monday morning Down Under, so you may feel a bit groggy for work if you get you early for this one. If you do manage it, subscription service beIN Sport is showing the final live.

DAZN is a streaming service available in a select few countries including Canada, Germany, Austria and Switzerland. Luckily, it has secured streaming rights for EFL Cup football.