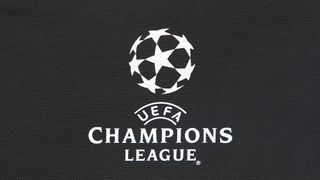 The UEFA Champions League 2019-20 continues to build momentum, and now the no-hope sides are out, we can all sit back and enjoy the action as Europe's best football teams compete for soccer supremacy on the continent. Which is why we're here to tell you how to watch every single game of the knock-out stages by following our Champions League live stream guide.

Heading into the round of 16, the fixtures are bigger than ever with the likes of Real Madrid vs Man City, Atlético Madrid vs Liverpool, Chelsea vs Bayern Munich and more taking place this February and March. Liverpool are the reigning champions, but this year's competition is impossible to call and the seemingly invincible Merseyside team have 1-0 deficit to overcome when they take on Atlético Madrid in the return leg of tie - taking place at Anfield this March.

The 2019/20 Champions League represents the 65th year of Europe's most prestigious club football tournament. Qualifying began all the way back in June 2019 and the competition proper kicked off in September last year. Every last pass, tackle and goal since then has been building up to a final at the iconic Atatürk Olympic Stadium in Instanbul, set to be held on May 30, 2020.

Last year, June's final saw Liverpool lift the majestic Champions League trophy, with Mo Salah and unlikely hero Divock Origi on target to down fellow Premier League team Tottenham Hotspur and become the third most garlanded side in the history of the competition. But in 2020, Spurs have it all to do against a supremely talented RB Leipzig side that take a 1-0 lead into the second leg of a fascinating tie - everyone should know how to live stream Champions League fixtures as big as these!

Also in with a shot at glory this year are big-spending spending PSG, with their ridiculous strike-force featuring Kylian Mbappé, Edinson Cavan and self-appointed Brazilian stud Neymar. Yet they also face an uphill struggle, as Borussia Dortmund boast arguably the world's most promising striker in 19-year-old Erling Braut Haaland.

The Norwegian international netted a scintillating double last week to give Borussia a 2-1 lead heading into the second leg of their encounter. England fans can only watch in awe and think what might have been, given the goal-machine was born in Leeds. There's plenty more drama still to come, though, so don't miss a minute of the action and follow our guide to learn how to watch a Champions League live stream wherever you are.

Scroll down to find out your football viewing options in some of the major Champions League watching countries around the world. And if you're out of the country for this game week and are worried that you won't catch the game, don't sweat. With the option of using a VPN service, you can tune into those fixtures no matter where you are in the world. And best of all, it's really easy to do.

A Virtual Private Network allows you to alter your IP address to one in your home country. We've tested hundreds of VPNs and can recommend Express VPN, which comes with a 30 day money back guarantee), as the #1 rated best VPN in the world right now. You can watch on many devices at once including Smart TVs, Fire TV Stick, PC, Mac, iPhone, Android phone, iPads, tablets etc. Check out Express VPN and get 3 months FREE with an annual plan.

The final stages of the Champions League 2020 are here and we think you'll agree that these last 16 fixtures are some of the tastiest in recent memory. Below is the latest Champions League schedule as we countdown to the May's final in Istanbul.

For clarity, home teams are listed first and the kick-off time for all scheduled Champions League last 16 fixtures is 8pm GMT - or 3pm ET / 12pm PT in America - for those keen to watch a Champions League live stream and follow every last goal, card, and VAR controversry.

Champions League live stream: how to watch every game in the UK

Subscription channel BT Sport again has exclusive rights to show the Champions League in the UK, and will be showing every single match of the 2019/20 competition on one of its TV or online channels.

If you're looking to stream matches, the BT Sport app or BTSport.com is where you need to go, enabling mobile, tablet and PC viewing. For those settling down in front of the box, certain games will be selected for 4K broadcast should your TV have those ultra-HD capabilities.

Live stream the UEFA Champions League: watch the round of 16 in the US

Following TNT's acquisition of the Champions League and Europa League football rights, it will be showing more than 340 matches across the two competitions this season.

The majority of those will be via its B/R Live  service online, via its app or on the likes of Apple TV, Roku and Amazon Fire TV. It costs $2.99 for a one-time only sub, $9.99 per month or - by far the best value - $79.99 for a whole year and so every single one of those matches.

If you already have TNT (or Univision) then selected matches will be played on those, channels too.

For the 2019/20 season, live Champions League matches are broadcast in Canada by the ever-growing sports subscription service, DAZN. The channel will be live streaming every single game of the competition.

Watch Champions League soccer in Australia: live stream the round of 16

If you're outside Australia and want to tune in to Optus Sport , you can use one of our favorite VPNs above and watch the coverage from another nation.

How to watch Champions League football in New Zealand this year

The official broadcaster for the Champions League in New Zealand is Sky Sports. The channel will be broadcasting over 100 live games for the 2019/20 competition.

How to live stream the UEFA Champions League: watch the football in India

There's truly something for everyone this year, as eternally classy outfits such as Real Madrid, Barcelona and Liverpool face fierce competition from exciting young clubs like RB Leipzig and Borussia Dortmund. There's also a Napoli side that hasn't looked this promising since the days when Diego Maradona graced the Stadio San Paolo - and another surprising Serie A success story in Lombardy's Atalanta, who are now firm favourites to progress to the quarter-finals. As are Germany's Bayern Munich, who take a commanding 3-0 lead into their tie against Chelsea.

Nostalgic types might think that this is the year that Juventus break their 20-odd year duck, with star player Cristiano Ronaldo in a rich vein of goal scoring form. Pep Guardiola's Manchester City will be desperate to win the title, too, as they're staring down the barrel of a two-year ban from the competition thanks to a recent UEFA ruling - one their moneyed owners will no doubt be hoping that...money can help overturn? And who can ever rule out Barcelona and potential GOAT Lionel Messi - or equally storied Spanish side Real Madrid with generational talents like Eden Hazard and Gareth Bale just some of the attacking options at their disposal.

Again, this term's UEFA Champions League is a tough one to predict ahead of the final, which takes place on Saturday, May 30 at Istanbul's Atatürk Olympic Stadium.