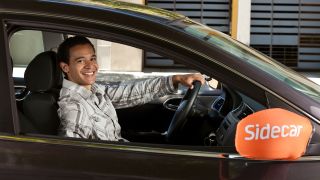 General Motors is really gearing up to take on Uber with news it has acquired rival ride-sharing company Sidecar.

Sidecar, which began operations in 2011 before Lyft and Uber entered the market, shut down in December 2015.

The acquisition, which is valued at close to $30 million according to Bloomberg, includes Sidecar's IP and most of its assets.

"In connection with Sidecar ceasing operations, we can confirm that we have attracted Sidecar employees to be integrated into the GM urban mobility team, and acquired certain related assets, for work on our global mobility programs," a GM spokesperson said, according to a report from TechCrunch.

This isn't the first time GM has shown interest in the ride-sharing market, with the car maker investing $500 million in Lyft earlier this year.

The investment includes a partnership that involves building a network of on-demand self-driving cars, with GM to also establish national rental hubs where Lyft drivers can access "short-term vehicles" as well.

Regardless, one thing is clear - with its investments in two competitors, GM wants to take on Uber.