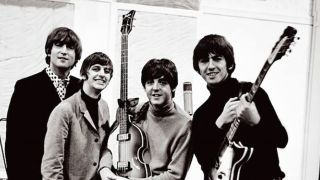 As an early Christmas present to all music fans around the world, The Beatles' huge back catalogue is coming to the biggest music streaming services around.

We first heard about this over the weekend, when Billboard reports first started doing the rounds, and now it has been officially confirmed.

The Beatles library has famously been held back from the online world, with only Apple being able to offer digital downloads of their music via the iTunes platform. We don't know what has prompted this latest move, but bringing the Fab Four's tunes into the 21st Century streaming revolution is long overdue.

Where can you hear them?

We had heard there might be some sort of exclusivity deal going around, limiting Beatles tracks to one big streamer, but they're going to be available on a far wider array of music services than likely anyone expected.

It seems only Pandora and the recently-closed Rdio are left out of the streaming mix, with even the free tier of Spotify gaining access to the Beatles catalogue.

This also represents a great opportunity for Tidal to trumpet the fact that it's the only place you'll be able to hear the full lossless CD-quality streams on its HiFi tier at 1,411kbps.

All the main players are involved, with Apple Music, Google Play, Tidal, Amazon Prime Music, Spotify, Microsoft Groove, Deezer, Rhapsody and Slacker Radio all starting their streams at 12.01am on Christmas Eve.

The catalogue available to stream will feature all thirteen of the remastered studio albums, plus four collection albums too.