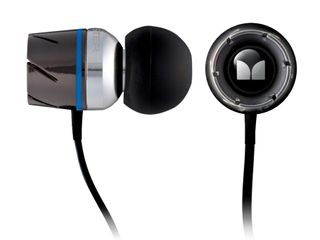 Monster is a company usually associated with its cabling, but it has announced news this week about a pair of earphones that certainly sound the business.

They may not have the celebrity backing that the company's Beats headphones has – which were made in association with hip hop supremo Dr Dre – but their pedigree is impressive nonetheless.

Usually audio nuts prefer to listen to their music though a set of cans – and for good reason, as the sound provided is usually more encompassing than with in-ear 'phones. But Monster insists that its buds are "a new way to enjoy big speaker sound in a compact in-ear headphone design".

Not only have the earphones been three years in the making but they feature precision-engineered 8mm drivers – which offer bigger bass and better clarity – and a cable that promises superb signal transfer.

And if you want to know how they get the audio so clear, it's all down to a patented Magnetic FluxTube which delivers more accurate audio. So there you go.

Monster's Turbine In-Ear Speakers are available now, and should cost around the £130 mark.

Go to www.monstercable.com for more details.