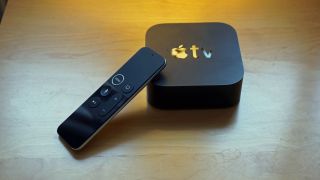 The new Apple TV 4K is generally a fantastic little device, but it's a little overzealous in its commitment to HDR.

That zeal is great when you're watching actual high definition range (HDR) content, but the problem is that the Apple TV 4K converts everything to fit whatever base video format you have the device set to. This means you'll usually be getting HDR resolution and 60Hz refresh rates regardless of whether the content is made for it or not.

That may sound great on paper, but in practice it means that some standard definition range content ends up looking utterly awful.

But fear not, as The Verge reports, a patch is on the way! Someday, anyway. Apple just seeded the 11.2 software update to developers, which comes with a new mode that will allow automatic shifts to native frame rates and dynamic ranges for video content.

In other words, the Apple TV will now start showing you your video content as it was meant to be seen.

Just a while longer

Apple's approach to solving the matter is a bit of a compromise, as you'll have to activate the feature yourself if you want to use it. Fortunately, that's not a big deal. Just head into the Visual and Audio Settings and click on the new "Match Content" button, and then you'll be allowed to automatically match dynamic ranges, frame rates or both.

The one small catch is that it may be a while coming. Apple just now released its 11.1 patch for iOS, so 11.2 will have to go through a beta testing period before it rolls out to consumer devices. With any luck, though, you'll only have to wait a month or so.