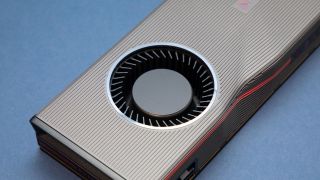 AMD is getting ready to add support for integer scaling to its Radeon graphics driver, at least going by references uncovered in Linux driver patches.

As PC GamesN reports, there have been multiple references in such patches for Linux throughout October, most recently on October 31, with a reference to “guarantee integer scaling ratio for all scaling modes”.

Integer scaling, for the uninitiated, is a method of implementing sharper upscaling for pixel art games such as Hotline Miami and Terarria.

The problem with these kind of games is that their pixel art graphics can look offputtingly blurry on higher-resolution monitors, but what integer scaling does is ensure they still look crisp – hopefully incredibly crisp – on these kind of screens.

It’s something of a niche feature, then, but it will make a huge difference to these kind of games. And in actual fact, it’s the single most popular requested feature going by AMD’s own survey which seeks to determine the favorite features that should be introduced with the big Adrenalin driver update due in December (it just beats the expansion of Radeon Image Sharpening to more GPUs beyond those currently supported).

Anecdotally, we’ve also seen quite a lot of clamor for integer scaling online, and Nvidia already introduced the feature for Turing graphics card back in August. So in a way it’s a necessary introduction to keep up with the Joneses, as it were.

And it does indeed look to be AMD’s plan to implement this given not just the obvious demand, but the amount of reoccurring references in those aforementioned patches for Linux drivers.