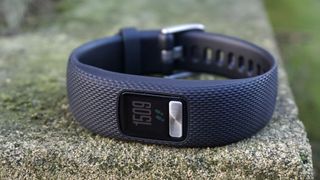 This year's CES saw the launch of a new robot dog, a TV the size of your average living room wall and a two-hour power outage, but there were tons of announcements to get wearables lovers excited too.

Products including fully fledged running watches and fitness trackers, as well as high-end smartwatches, made an appearance, but there were also a variety of strange new devices to help improve your life.

Below we’ve run through some of the best wearable tech we’ve seen announced at CES 2018 so far this year.

One of the most fitness-centric devices this year at CES was from mainstay Garmin, but it’s the first time the brand has brought music integration to a watch, and the news was very welcome.

The Forerunner 645 Music is a fully fledged running watch – something the company specializes in and usually succeeds in making – but this time you’re able to upload tracks and listen to them via a Bluetooth headset, or even stream using Deezer (or iHeart Radio in the US).

Everything else is here though, including GPS, a heart rate monitor and access to all of Garmin's top-end fitness tracking features too.

Casio’s latest smartwatch can be charged using solar energy to help you get out of sticky situations when you’re off adventuring and your other devices have run out of juice.

Casio says the device can be recharged with four hours of sunlight, which will then allow for an hour of GPS. While that may not sound that impressive, the company thinks that for some that may even be the difference between life and death.

Plus this smartwatch offers resistance to both mud and cold temperatures, as well as a barometer, altimeter, compass and thermometer. It’s not cheap though at $800 (around £590 / AU$1,020), so only buy this if you’re a true Bear Grylls-type.

Unlike the Forerunner 645 Music above, this is a very affordable wearable, but comes with less features to keep the price down. That said, the Vivofit 4 is still an impressive fitness tracker considering the low price.

It comes with what Garmin says should be a full year of battery life, as well as a color display that shows off your daily stats including the weather, your step count and calories burned.

There's no GPS or heart rate monitor here, but if you're looking for a basic fitness device to keep track of your stats this year the Vivofit 4 may be fit the bill when it launches in the coming months.

This isn’t the top Suunto watch you'll be able to buy in 2018 as it doesn’t come with a GPS tracker, but it does come with an adaptive fitness feature that you may find useful.

It’s called Adaptive Training Guidance, and sets you up with a series of sessions it prompts you to complete for a workout. If you miss a session it’ll automatically be rearranged for a later date, so you won’t miss out or have to rearrange your diary yourself.

This should be especially useful if you’re prone to reorganizing your diary at the last moment and don’t want to have to dive in and re-sort your workout schedule manually.

This one is a less adventurous watch, but the Misfit Path looks to be another fashionable hybrid from a brand that specializes in fitness trackers that also aren’t embarrassing to wear on a night out.

Path is the smallest hybrid watch the company has ever made, so it should be suitable if you have a slimmer wrist and don’t want it dominated by a gargantuan watch.

This is a watch that charges from you. Yes, you read that right. It uses a proprietary thermometric energy converter to convert your body heat into battery power.

It’s not the first watch to use this technology – that would be the PowerWatch released by the same company last year – but it’s the first time we’ve seen it used in a smartwatch, and this could be one of the most interesting devices in the wearables market this year.

Matrix says the silicone rubber strap on the watch is "nearly indestructible", plus there's a reinforced bezel, 200m water resistance and limited notifications from your phone, so you'll know when you're getting a call.

We've seen lots of other wearables announced at CES 2018, and here are a few of our other favorites:

Coros Omni helmet – a smart bike helmet that uses bone conduction technology to allow you to safely listen to music when on a ride.

Philips SmartSleep tracker – this tracker isn't designed for everyone, but it attempts to "intervene with clinically proven technology to boost slow wave sleep in real time".

Kate Spade Scallop watch – a well-crafted smartwatch built from the ground up for women.

Skagen Falster watch – this looks to be a strong contender for the best-looking smartwatch of 2018.